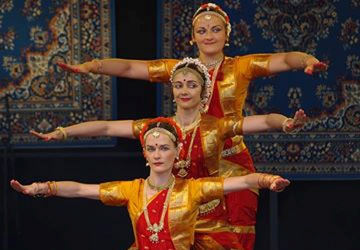 The India – Australia Association of Canberra (IAAC) Inc is a voluntary, incorporated organisation based in Canberra. It has been providing community services in Canberra and its surrounding regions from 1979 onwards. The IAAC has existed in Canberra since the 1970s, serving to remove barriers and facilitate relationships between the Indian and Australian cultural communities.

The volunteer team involved in the Association work tirelessly to create inclusive events, promote understanding between a collection of cultures, and offer support to Indian migrants who are settling in the region, or require assistance with disability, aged care, and other community services. The IAAC is also invested in the bilateral relationship between Australia and India, and promoting the evolving cooperation and friendship between the two nations.

“Australia and India share the same common values, and we both approach life with the Westminister system of democracy. The IAAC has created a legacy of bridging the two cultures here in Canberra, and we hope to continue doing the same with bigger and better agendas.” India Australia Association Of Canberra, a platform which is more than four decades old (from 1970) promote the cultural and social events in Australia, with more presence in Canberra. The organization is making all-out efforts to make the Indians and all other Indo Communities feel that they are at home away from home by providing them with various services and helping them settle down in Canberra.

Needless to say that India-Australia bilateral relationship has undergone a sea change and evolution in recent years and is moving on a positive track. Our friendship has strengthened more with the visits of Indian Prime Minister in Australia and the recent visit of the Australian Prime Minister to India. Both the countries signed many bilateral agreements for betterment in future. The most important agreement between the two countries is to handle the terrorism. Both the countries are believers of Democracy and betterment of its fellow countrymen with free press, independent judicial system and English as the main language of communication. The two nations have much in common, underpinned by shared values of pluralistic, west minister style democracies, commonwealth traditions, expanding economic engagement and increasing high level of interaction.

With the changing global scenario, Australia has come to look at India as a potential partner in promoting regional security and stability. This led to up gradation of the bilateral relationship between the two nations to a ‘Strategic Partnership’.

Iaac has been working since past 4 decades for every multicultural communities. Our vision has been clear since the begining to promote togetherness and sense of belongingness for everybody who are miles away from their motherland.

IAAC has been working to promote the positive multiculural spirit amongst Canbararrians and fellow Australians. We keep on striving to broaden our horizon to promote every culture and their activities.

The need of the 21st century is to go digital and reach the masses. Henceforth, IAAC has been putting every bit of effort to have their digital and social presence felt. In order to grow the reach across the boundaries, IAAC has been active on every possible digital platforms.

The India – Australia Association of Canberra (IAAC) Inc is a voluntary, incorporated organisation based in Canberra. It has been providing community services in Canberra and its surrounding regions from 1979 onwards. The IAAC has existed in Canberra since the 1970s, serving to remove barriers and facilitate relationships between the Indian and Australian cultural communities.